General Electric announced the names of the companies that will be formed as a result of the separation of the corporation
7/18/22 at 17:49
Share at 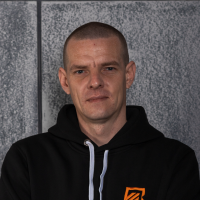 General Electric has confirmed plans to split the holding company into three public companies specializing in the aviation, healthcare and energy industries. The company will first spin off its medical division in early 2023, which will be called GE Healthcare and will trade on Nasdaq under the ticker GEHC. GE Renewable Energy, GE Power and GE Digital will then merge into one energy business called GE Vernova and spin it off in 2024. GE will then change its name to GE Aerospace and become an aviation-focused company.
General Electric
GE
$81.96
-2.36%
Review
Source:

Write your comment first
News feed
Cherkizovo became an e-commerce leader in terms of sausage sales in Russia
2/3/23 GCHE
Cherkizovo's 2022 RAS profit decreased fivefold
2/3/23 GCHE
In January, on Moscow Exchange came another 555.4 thousand investors.
2/3/23 MOEX
Ministry of Finance proposes to take Gazprom out of LNG tax at the rate of 34%
2/3/23 GAZP
Sberbank expects to launch DeFi platform by May
2/3/23 SBER
Regeneron's 2022 profit halved
2/3/23 REGN
JSFС Sistema consolidated 100% of IT platform Segmento
2/3/23 AFKS
Yandex in March to open a hub in Istanbul
2/3/23 YNDX
Etalon Group real estate sales in 2022 down 35%
2/3/23 ETLN
Globaltrans will sell 65.25% in Spacecom to its minority shareholder
2/3/23 GLTR